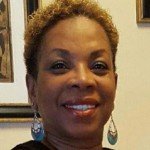 Janet also oversees the Bedford-Stuyvesant Community Partnership Program which was contracted through the Administration for Children Services(ACS). The overall purpose of the Community Partnership is to bring together service providers, government agencies, and community residents under a shared vision to provide and improve access to primary prevention supports that improve child and family well-being and, ultimately, reduce the likelihood of involvement with the child welfare system.

In addition to her work at Little Flower, Janet is actively involved in her church and community service. She is a member of Kiwanis International and served as President of the Kiwanis Club of Rosedale-Laurelton from 2010-2012 and Club Secretary, 2018-present.

Janet is married and has three children.